Scientists at Stanford have developed an aluminium battery that is better than alkaline, Li-Ion, and other batteries in every possible way. Not only are they safer and inexpensive, but they will allow you to charge your phone in just one minute. 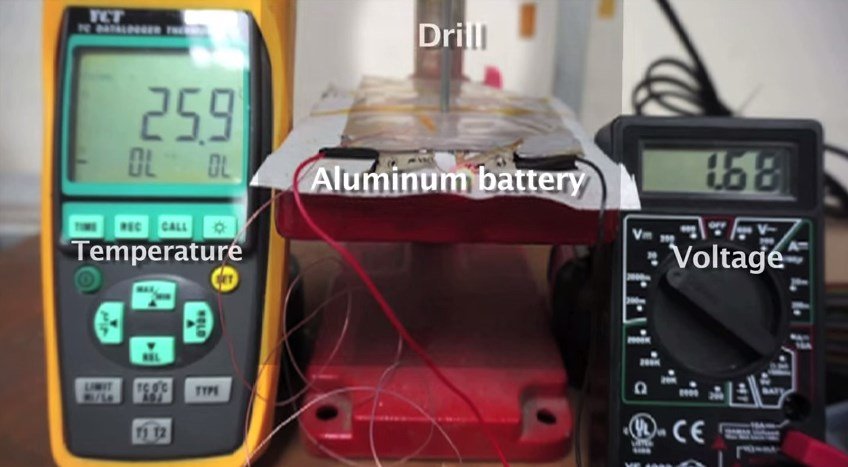 “We have developed a rechargeable aluminum battery that may replace existing storage devices, such as alkaline batteries, which are bad for the environment, and lithium-ion batteries, which occasionally burst into flames,” said Hongjie Dai, a professor of chemistry at Stanford University.

Researchers have been looking into aluminium batteries for a while now, but the problem has been finding an appropriate materiel for the cathode. According to professor Dai, the Stanford team discovered (by accident) that the combination of the aluminium anode, a graphite cathode, and an ionic liquid electrolyte is the best solution here.

Aside from safety, another benefit of the aluminium-ion batteries is that they can be charged in minutes – as low as one minute, to be precise. These batteries are also highly durable – the prototype was able to function for 7,500 cycles without losing capacity. Li-Ion batteries can go for only around 1,000 cycles before they become worthless.

“Another feature of the aluminium battery is flexibility. You can bend it and fold it, so it has the potential for use in flexible electronic devices. Aluminium is also a cheaper metal than lithium,” said Dai.

The aluminium battery is still only a prototype, but we are definitely looking forward to it becoming something we’d use on a daily basis.